The blazing sun burns while you admire your castle. Safe inside your fortress, you organize storage, plan and decorate your rooms, and fuel your crafting stations. A bell tolls, announcing the setting sun. With nothing to fear, the time has come to hunt. Although, you must be prepared to combat the bosses. So it’s important to know all of the V Rising boss locations…

V Rising is a vampire-themed sandbox survival game by Stunlock Studios. The game features a distinct day and night cycle. As you might expect as a vampire, the sun is your deadliest enemy. Because of this cycle, players will alternate between taking shelter and crafting in their base during the day and hunting the game’s many bosses at night. Progression is gained by the bosses you defeat. Each one unlocks new recipes and abilities that advance your base and your character’s combat power. This article will shine (moon)light on key progression V Rising boss locations, combat level, strategy, and rewards. 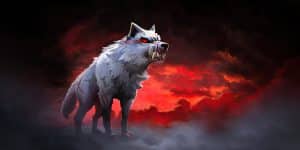 The Alpha Wolf will most likely be your first successful hunt as a freshly awakened vampire. At level 16, he is the lowest level boss in the game. If you have been following the main quest line, you should be ready to fight him when the time comes.

V Rising boss locations #1: The Alpha Wolf is patrolling the central roads in Farbane Woods, near the Wolf Den. The Wolf has three abilities.

Once defeated, players will gain a new Vampire Power, Wolf Form. This ability lets the character transform into a wolf with a 45% Increase in movement speed. 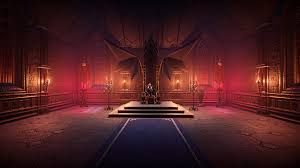 While Lidia is not a necessary boss for progression, her spell that players learn when defeating her, Chaos Volley, is one of the best offensive spells in the game.

V Rising Boss Locations #2: Lidia patrols the road between the Bandit Logging Camp and the Bandit Copper Mine in Farbane Woods. Players stay on the move for this fight, as Lidia has a few ranged attacks.

Once Lidia is slain, players can use the Chaos Volley. This spell shoots two chaos orbs that deal damage with a damage-over-time effect. The Devourer is a good utility item for breaking down unneeded items for raw materials. Clive is a necessary progression boss as you will use the explosives recipe he teaches to enter the Bandit Stronghold, home of the Bandit King.

V Rising Boss Locations #3: Clive is in the Bandit Sulpher Quarry in the western portion of Farbane Woods. A challenging boss, he deals heavy damage and is surrounded by strong enemies you will want to clear before engaging.

Draining Clive grants Veil of Chaos, a travel spell that allows players to dash in quick succession, leaving behind an exploding illusion with each dash. Players can construct the Alchemy Table, which crafts most of the game’s consumables. Forges can refine Sulpher Ore into Sulphur, and the Alchemy Table can provide the Minor Explosive Box. 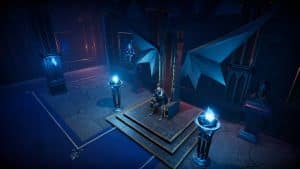 Quincy is the most impactful boss players will face in Farbane Woods. His rewards will teach aspiring vampires how to craft iron weapons and the next tier of armor.

In addition to the spells Chaos Barrier and Merciless Charge, players can craft the Smithy and Tailoring Bench, which craft the new tier of weapons and armor. Octavian is one of the stronger bosses in the Dunley Farmlands and draining him is necessary to advance gear to the next tier.

V Rising Boss Location #5: The Militia Captain resides in the Bastion of Dunley, which is in the northeastern section of the Dunley Farmlands.

After defeating Octavian, players learn the powerful ultimate skill, Mirror Strike, which is a high damage area-of-effect spell. You’ll also gain the knowledge needed to craft Dark Silver weapons and the Dawnthorn set, the base versions of the highest level equipment in the game.

The bosses of V Rising are an exciting and challenging feature crucial for gamers’ progression through the game. To succeed, players will plan to determine the V Rising boss locations and their move set so they can develop a strategy. The rewards are worth the complex fighting; as the V Rising bosses go down, the magnitude of your vampire lair goes up. With your full crafting potential unlocked, your castle will have mortals trembling with fear!

Taking on the bosses of V Rising can be daunting; it’s best to bring friends! If you’ve thought about subscribing to a hosting service, you know there are lots of options. That’s why we’ve created a ranking of dedicated server providers for V Rising. Using speed, uptime, storage, features, and cost value as criteria, the team provides an impressive list of the most trusted sources for server hosting. Specifically for V Rising, this list will have all the information you need to pick a provider and start your next adventure with your gaming community!