How To Make The Most Fun Rust Server: With Hosting Guide

The ultimate point of playing a game is to have fun, sometimes, Rust can be very boring. Here is our guide to setting up the best rust server hosting and making both you and your friends, or players are having the most fun!

Rust simply doesn’t have a singleplayer mode, so you’re always playing with either friends or enemies.

And not only finding a great rust server is hard and enjoying that server can be even harder to find.

Joining and Choosing a Rust Server

The first obstacle is to find the right Rust server and what you want from that server.

A Rust server’s community is a big element of how good the Rust server is, not only performance. If you don’t have any friends that play Rust, you can embed yourself within a clan, if you’re good enough.

Since it’s almost impossible to survive on your own, you’ll need to try to join a clan.

There are definitely some videos on Youtube of players on servers playing solely, but you’ll likely be outnumbered if not in a clan.

Once you’ve found a server you want to play on, gather resources, become an authority amongst the players and join a clan. You can even join ‘Raiding parties’ which you all raid a base and spilt the resources found. 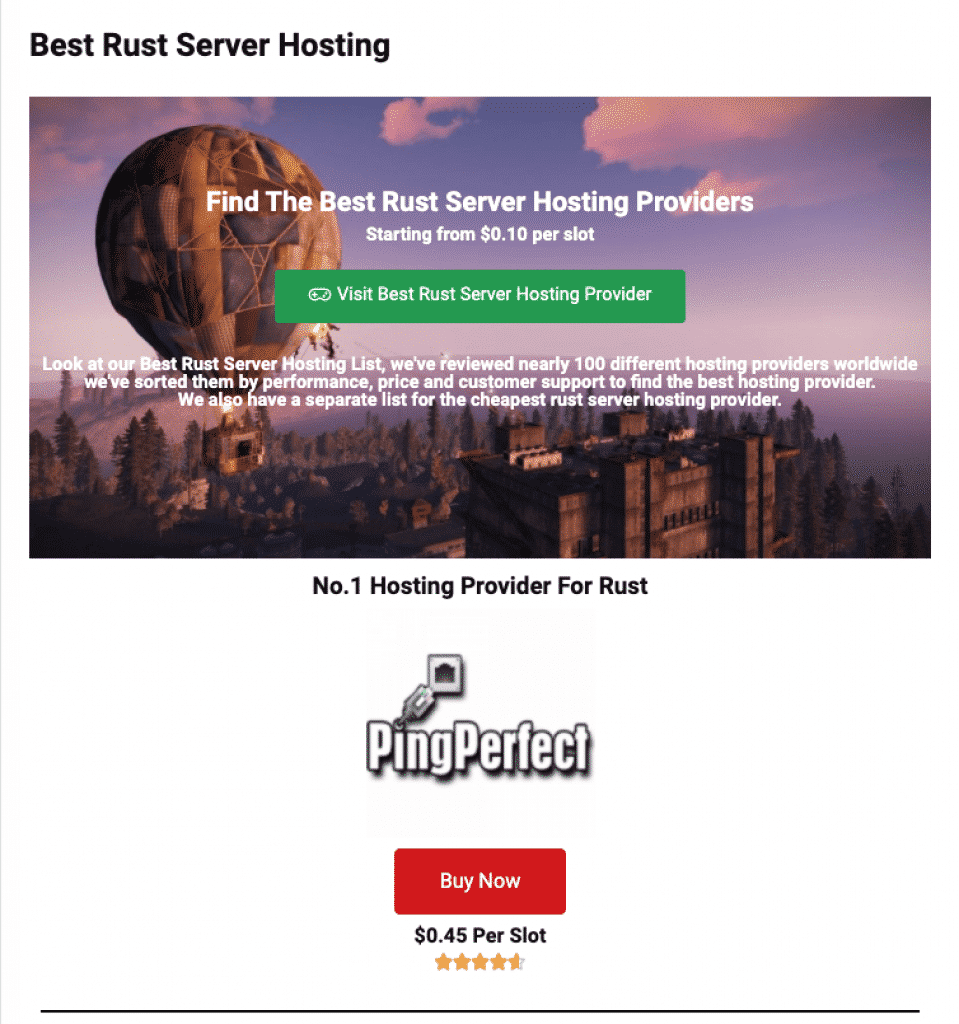 You’ll likely be looking for the cheapest option while not trying to comprise on quality. If you’re looking for that sort of thing, Host Havoc definitely stands out, they’re cheap as well as providing a brilliant service.

Servers without a player base or ‘community’ is usually an indication that a server has poor performance or doesn’t provide a quality Rust server.

You also need to look for a server hosting provider near to you and your players, server locations are usually listed on their website as well as our hosting reviews section.

Again, look also for if they have a Teamspeak or Discord channel for their players, this can indicate a quality server.

Setting up a Teamspeak, Discord or Voicechat

Your players will want to communicate easily, most of the popular servers have Teamspeak or discord servers for all the players.

Creating one allows players to easily communicate and join together, create groups.

This part of the setting up, joining or creating your server can heavily impact the quality of the website.

For a more expensive option when hosting a Rust server, you can go down the dedicated server route or VPS route, these are significantly more starting at around $100pcm. But at the end of the day, you get the ultimate control of the server and its specifications.

Creating a server and waiting for players to join your community can be tricky, it’s why you should look for a game hosting provider that you can upgrade your specifications to meet your levels of players and the demand.