With possibly its most ambitious update, Dayz plans to beef up the content available in the Livonia map so that it feels as engaging as the original terrain from the base game, Chernarus. As of October 18th, DayZ 1.19 patch is live and features a long list of changes and additional content. Players can expect the main focus of this update to be the following:

-Increased points of interest in the DLC map, Livonia

As you can see, there are quite a few changes to get excited about in this new DayZ 1.19 patch!

If you’re thinking about starting your own DayZ server, check out our list of the best DayZ server hosts here.

Continue reading to see how these changes specifically improve the player experience.

One of the main goals of this Dayz 1.19 update has been to improve vehicle stability. Extensive changes to vehicle handling were tested and added, and you should expect vehicles to handle much differently. In addition to vehicle physics/handling, the dev team has implemented feedback on vehicle condition (now reflected in the HUD). Also included are other features like a horn and automatic transmission support. Finally, the Dayz team is happy to announce its newest vehicle, the first-ever military transport in the game, the M1025. This lightly armored 4-wheel drive transport should be the perfect ride to survive the harsh environment of Dayz!

Ever since the developer’s launched the Livonia DLC, they’ve felt it hasn’t had quite as much to do as the original map, Chernarus. DayZ 1.19 patch aims to remedy this by sprinkling several points of interest over the new DLC map. The developers hope these changes encourage exploration and the pursuit of new routes as you fight and scavenge in Dayz.

In addition to new points of interest, the loot tables have had adjustments made; areas of the map that drop specific tiers of gear have shifted. Weapons now spawn with variable durability values. This change should encourage players to search for more weapons as needed. With these shifts to loot progression, players are encouraged to adopt new routes when playing and gearing up, thus increasing playability. 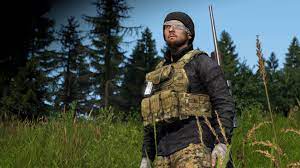 Points of interest added to Livonia:

Also added are basic player movement speed adjustments and other changes to player control. With these particular changes, many exploits hinged on environment interactions that allowed players to move through walls and terrain were addressed and fixed. Hopefully, the patch resolves all of these exploits.

Dayz players can expect these changes to character movement:

– Reduced speed when moving up or downhill.

– Reduce the distance a player gets pushed when falling off an edge.

– Increased player inertia (this is most noticeable when sprinting, it should reduce how easy it is for a character to maneuver).

While these movement changes sound like hindrances, they should balance gameplay and reduce the frequency of player exploits.

Since the focus of this update is expanding the Livonia environment, devs have added a handful of new items to the loot table for players to find. These include a few civilian guns (SSG 82 rifle & BK-12 shotgun and sawed-off variant), navigation items like the GPS receiver, and utility tools such as the blowtorch.

Many fixes to bugs and other issues are in patch 1.19. While most of these fixes are ultimately minor, they help improve immersion when enjoying Dayz. These changes focus on the player model’s interactions with the environment, fixing awkward clipping or another player’s not appearing in the correct stance on the terrain (crouching/prone). Many fixes to item interactions happened with DayZ 1.19 patch. Some items were usable in a “ruined” state, and sometimes the interactions between fire and water were not working as intended.

Rounding out the changes are quality of life/HUD/UI updates that should simplify how players receive and process information. The player map will display additional information based on whether the player has a compass or a GPS receiver. There will also be a red indicator that will signify a player’s bleeding status.

Update for DayZ 1.19 is the most extensive update to the game aside from the Livonia DLC. Its focus is to implement the most recent changes to vehicle control/handling to make that aspect of the game more fun for players. With new points of interest and loot progression, players should find the Livonia environment as fleshed out as the base terrain. Quality of life features have been added based on player feedback, meaning changes to navigation and the inclusion of a GPS receiver. For a complete list of changes, and the patch notes, check out this link to the official forums.