Scroll Down for Customer Reviews

In our Serenity Servers review, we’ve complied  Serenity servers reviews from customers and everything they have to offer. We’ve looked at their control panel, server hardware, server locations, DDoS protection and much more!

Serenity Servers certainly focusses on game server hosting, they were founded in 2014 and the idea started in 2013. The CEO, Mikkel deals with support personally.

The company clearly has a very game-oriented view,  but they also offer Web Hosting and Cloud servers. Serenity really has a limited amount of games.

We mentioned above about server hardware, as well as its cheapness, starting at $3.72 per GB and having unlimited slots, there’s no doubt Serenity Servers has a brilliant service.

Their customer support is also something to be recognised. When testing the hosting provider we sent out some basic questions, they responded within 17 minutes and answered them all correctly and with friendliness.

All servers have 1Gbps ports with a state-of-the-art internet connection at datacentres. With the majority of their server locations being in North America, with a couple in Europe.

They also offer free Webhosting for all customers, you can use this for a donation system, forum or just an informational website about your server.

While providing hosting services, if you’re not satisfied, you get a 7 days money-back guarantee.

As mentioned below, you can upgrade your server setup to 8 cores and 16 threads, which in turns increases your performance 30-40%.

Serenity Servers only has a couple of games available on their platform, although, most of you will likely be wanting one of the games they have to offer.

Here is a list of Serenity Servers games, as mentioned, it only offers 7 games:

As we said, Serenity Servers only really offers a small number of games, but Minecraft, CSGO and Garry’s mod is among the most popular games that customers are looking for.

Server locations can improve your overall performance, due to their 1Gbps connection the closer the player is to the location, meaning ultimately you’ll increase you player base loyalty.

All of these areas will likely hold your players with a steady connection, however, there are hosting providers with over double the amount of locations provided by Serenity Servers.

As normal, Serenity Servers uses TCAdmin, which altogether is a fairly good game server control panel, but, again it’s very moderate. The best game server hosting providers are using custom control panels to make sure that all the functions are appropriate and extend much further than traditional control panels like TCAdmin.

As said, TCAdmin provides a solid service but nothing compared to the custom control panels made by SurvivalServers or GameServers.

At this time, Serenity Servers doesn’t disclose their dedicated servers specifications. But when testing a server on Serenity we saw decent performance with around 14 actively playing players.

So, at the end of the day, you’ll get good performance. And if not, you can get an upgrade of 8 cores and 16 threads, which allegedly improves performance by 30-40%

Great service easy to use! For every single one of my Garrys Mod servers I've used SerenityServers and it's fantastic!

Ben Jab
Verified Customer
For months now I was with Serenity. From a business point of view, I can honestly tell that serenity is the best option to run a qualified server. I have been DDoSed many times and always, and nothing but a little lag occurs every time I'm covered. Within 30 minutes, every ticket I made was answered 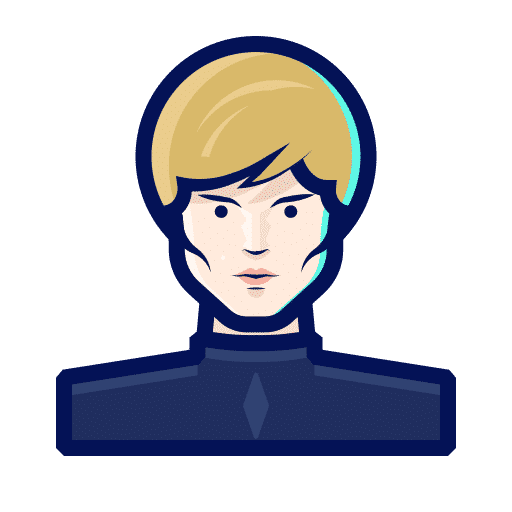