Sometimes making money on Ark: Survival Evolved is a challenging task, but now it’s even easier with the best ark server hosting providers becoming increasingly cheaper and the current opportunities to start the perfect server. Besides this, another good thing that gaming offers is earning money through it.

For a decent earning, the first thing one needs is a decent game fit for the job as well. So, we choose Ark: Survival Evolved as one of the best games for this job. Why is this so?

Survival games are one of the hot favourites in the gaming community. Due to this fact, we have seen some of the top-quality and top-rated survival games over the past few years. Similarly, when talking about top-rated survival games “Ark: Survival Evolved” always comes to mind. There are many online multiplayer Ark servers found with a number of players. So, why not host one of your own and earn from it.

One of the best ways to earn money through gaming is by finding the “Best game server hosting”. Assuming that you know the process, one can earn a decent amount with it.

As for Ark: Survival Evolved, it is an action-adventure survival video game developed by Studio Wildcard. In the game, players must survive being stranded on an island filled with roaming dinosaurs and other prehistoric animals, natural hazards, and potentially hostile human players.

The game was released in August 2017 for PlayStation4, Xbox, PC, and Android, iOS, and Nintendo Switch in 2018. 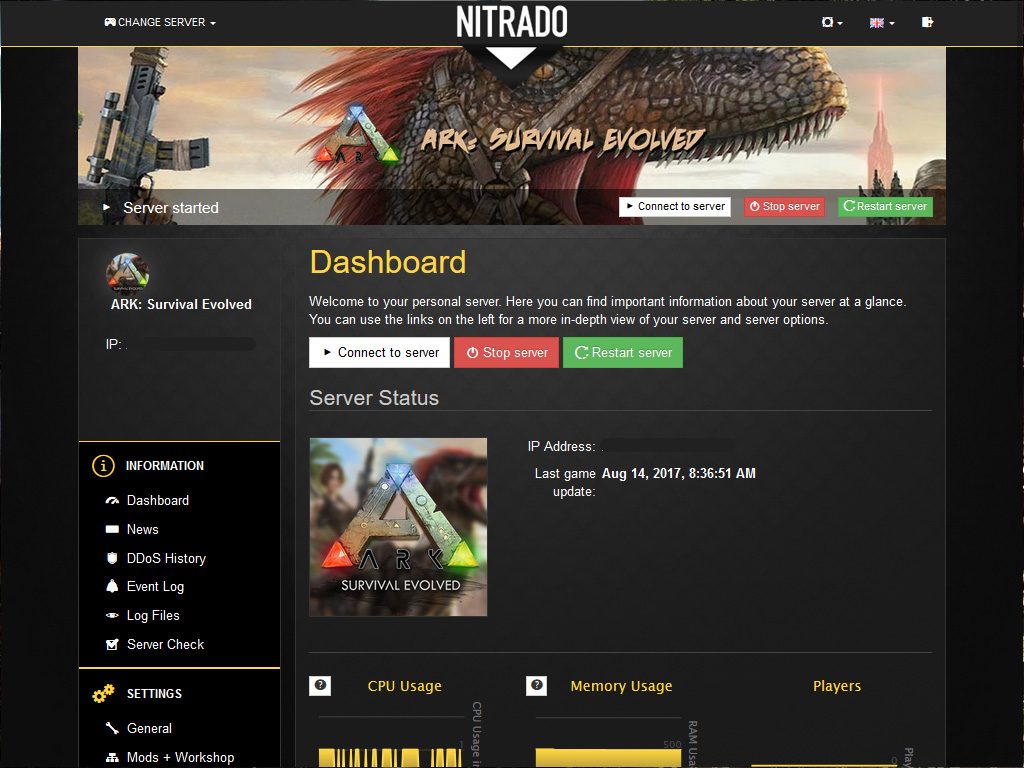 The main thing is that the server should be suitable for your purpose. If you want to run Ark on it then it must have matching specs for it.

One important thing to take care of is that the game hosting provider should have a decent player limit. It must not crash when the player number exceeds the limit. Especially, if you want other players to play on your server then it will surely have quite a large number of players in it. Therefore, the player limit should be more than 100 players.

Then there come other general features like DDOS protection, 100% uptime, 24/7 support, low latency, and other functional features. These are the basic features given by every best game server hosting provider. As lag is not acceptable in games like Ark: Survival Evolved so the best ark server hosting should be lag less.

At the last, the server should support all the Ark: Survival Evolved maps and mods. The players must be able to install modes easily on your server.

Now for the next part, how can you generate money from your best game server hosting?

Generating Money from Your Ark Server

After you find the best game hosting provider for your ark server, how can you generate money from your server? Usually, many players are looking for good ark servers every day to test their survival instincts against the world. So, what if you offer your own server to them. Well, in this way, you will get more players on your server and they will get to have a good ark server. This is the latest way to earn money through ark servers. With the best ark server hosting and the best ark server, you can make other players play on your ark server and can come up with a decent profit after paying the hosting fee.

Now, this can only be possible if you have a decent number of players on your server. So, how can you make this happen? Let’s have a look.

Getting Players On Your Ark Server

The first thing is to advertise your ark server. It can only be joined by more players if it is visible to them. You need to share your server links on social media platforms and game server hosting sites. With 17000 online competitors, it is a must to publicize your ark server. You can also make special webpages to promote your best ark server. This is a prime step in gaining players for your ark server.

The second important thing is performance. Once players start coming to your ark server, it is very important to maintain it in good shape. Existing players will bring more players to the servers and they will be doubled in a short time. But this can only happen with the best ark server hosting. You need to arrange a high rate server with high specs that can easily manage a large number of players. Also, 24/7 server support and maintenance is necessary.